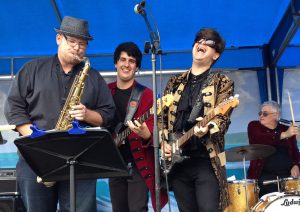 La Jolla Concerts By the Sea fans eagerly anticipate Rockola‘s annual appearance at our shows. Last Sunday was our season opener featuring the popular San Diego band thanks to the generosity of La Jolla Law Firm Blanchard, Krasner & French who sponsored their appearance. (Click HERE if you’re interesting in sponsoring La Jolla Concerts By the Sea. Your donations are needed to keep the music alive!) 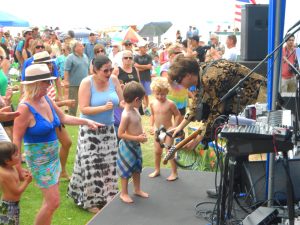 Rockola highlighted youthful talent Sunday with fill-in bass player Martin Martiarena bringing his vocal group “The Rollers” (David Ahmadian, Jorge Miranda & Preston Holland) up on stage to add their vocals to the Beatles’ She Loves You, From Me to You and Can’t Buy Me Love.  Horn players Cain Elizarraras on trumpet, Brisa Capi on baritone sax and Inex Ramirez beefed up the already powerful Rockola sound. As if that wasn’t enough, a particularly cute moment unfolded when Bob noticed some enthusiastic toddlers dancing front and center. He invited tiny Mateo and Myles to come up on stage, even handing them tambourines so they could jam with the band to the delight of the audience.

“Voice of La Jolla’s” Ron J. Jones, our faithful emcee for many years, kept things chuggin’ along and gave away some great gifts during the concert’s-end raffle! A great time was had by all and we still have an entire season of FREE concerts ahead of us! Bullseye Kettle Corn and Hot Dogs added their deliciousness to the tasty treats offered by La Jolla Concerts By the Sea so we had an ideal day at the Cove full of music, fun and food!

Make sure to be there NEXT Sunday when Theo & The Zydeco Patrol bring their Cajun Blues to the Cove for another FREE Sunday Concert! Laissez les bons temps rouler! 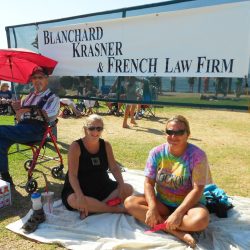 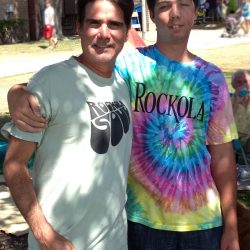 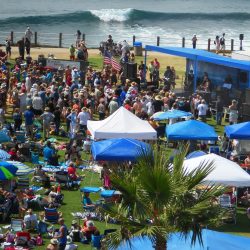 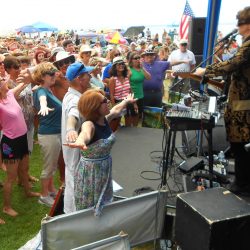 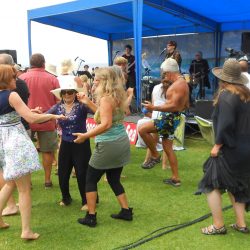 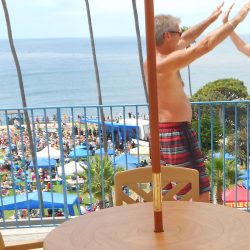 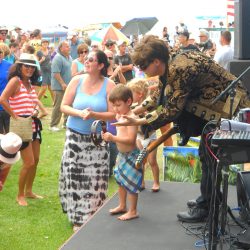 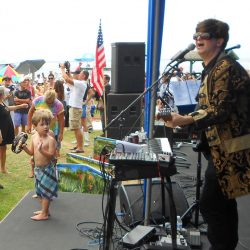 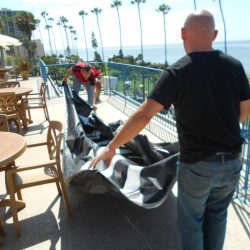 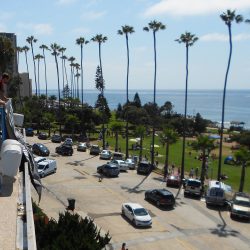 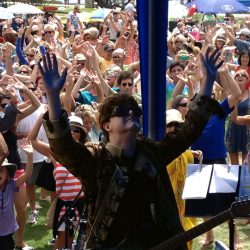 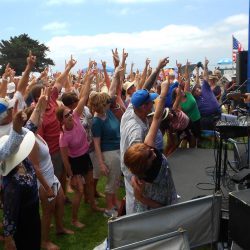 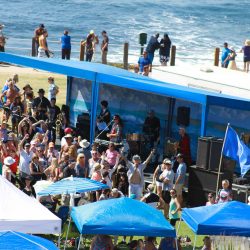 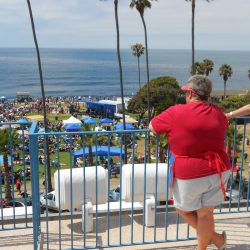 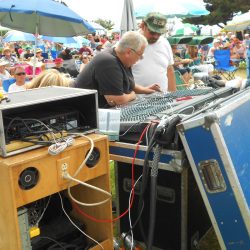 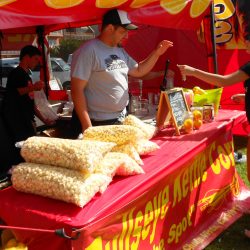 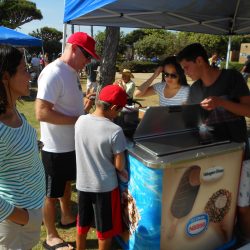 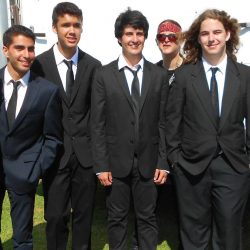 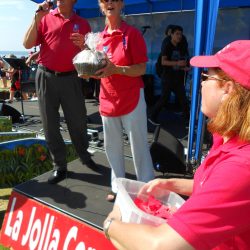