August 12, 2012: Benny Hollman’s Big Band Explosion was back for another great performance! 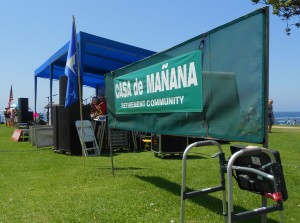 Benny Hollman and his award-winning band, “Big Band Explosion” brought us another great afternoon of music at La Jolla Cove Sunday. This time, swing was in the air as the band played one after another great musical standards to an appreciative audience.

His band is a virtual “Who’s Who” of local professional musicians and they did not fail to please with great pieces running the gamut from “This Could Be the Start of Something” to “Let the Good Times Roll,” from Van Morrison’s “Brown Eyed Girl” to Ray Charles’ “Hit the Road Jack” and great pop favorites such as the Beatles’ “Gotta Get You Into My Life”and the Supremes’ “Ain’t No Mountain High Enough” as a great encore. 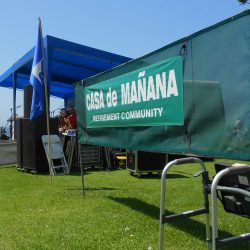 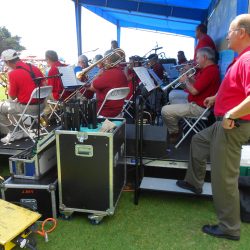 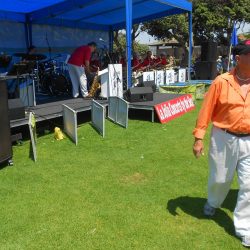 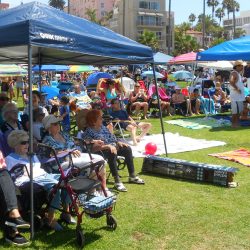 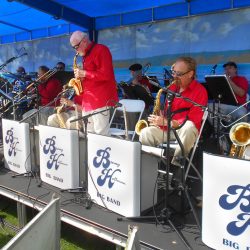 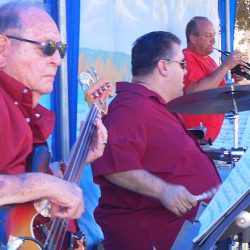 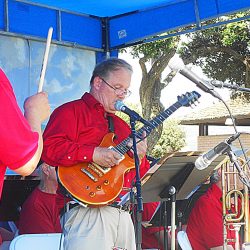 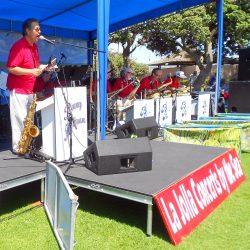 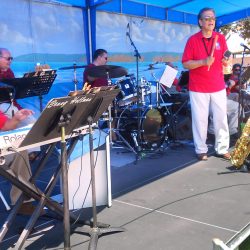 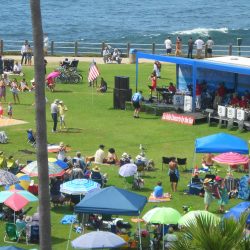 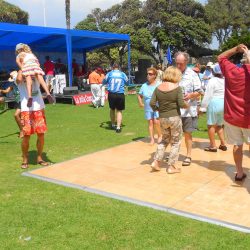 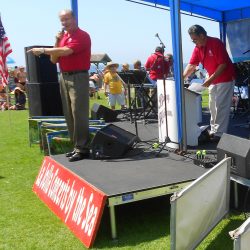 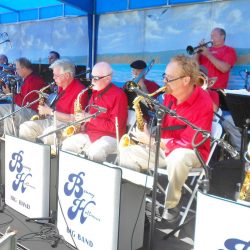 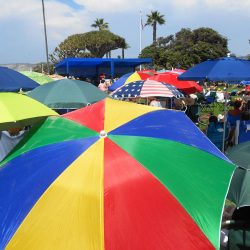