August 19, 2012: Rockola returns to La Jolla Concerts By the Sea for another GREAT show! 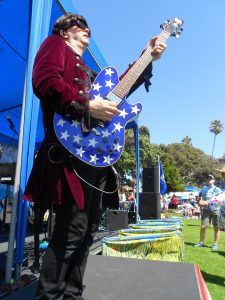 They’ve won no less than eight San Diego Music awards and after seeing them again, I was reminded just why.

Rockola is great entertainment. Their set lists are stuffed full of iconic, feel good, “get up and dance” tunes like Twist & Shout, Sweet Home Alabama, Mustang Sally, Chain of Fools and a ton of others. Every year, no act gets La Jolla Cove dancing like Rockola. Front man Bob Tedde connects with his audience and the music, laughs and (sometimes) outright goofiness (you should’ve seen his homage to the 2012 Olympics, an image below) reflect his infectious personality and you can see why audiences everywhere love this band.

Rockola is awesome family entertainment and you can especially see it in the number of young musicians that Rockola showcases at their performances. Young guitarist Cody Booth was onstage for the entire show, the Rockola horn section consisted of sax players Chris Burgess and Justin Zakrajsek along with Jason Mandich on trumpet. Back again this year was young drummer Jack Becker, only 9 years old who wowwed the audience when he sat in for a couple of tunes including Jimi Hendrix’s “Fire” (Bob played his strat with his teeth on that one, which for a guitar player like me has me thinking “wow” and “ouch” simultaneously…see image below) 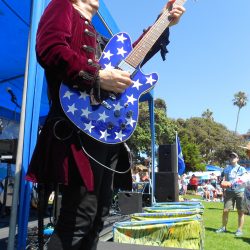 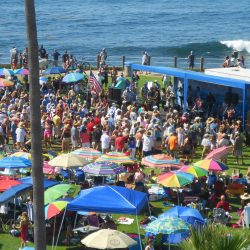 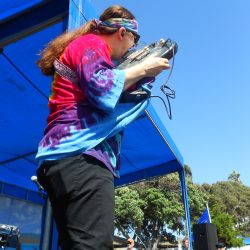 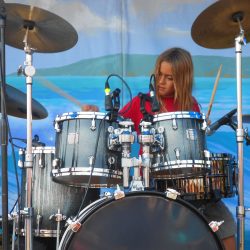 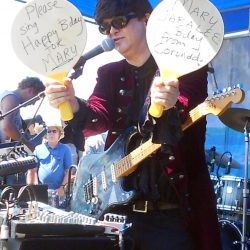 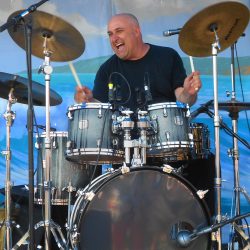 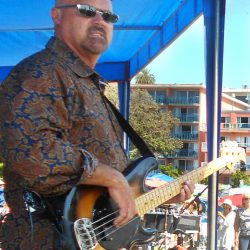 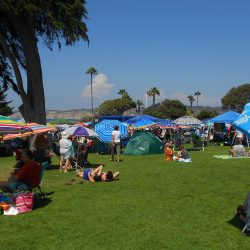 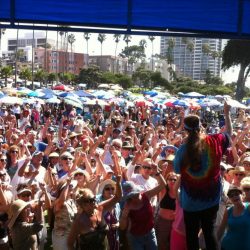 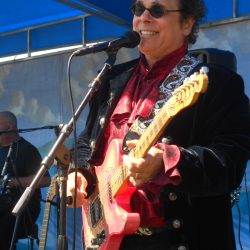 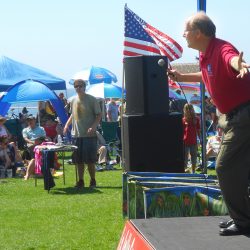 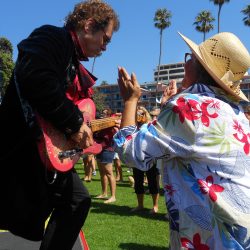 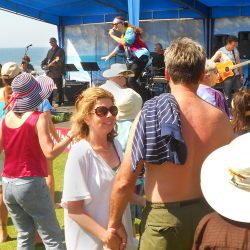 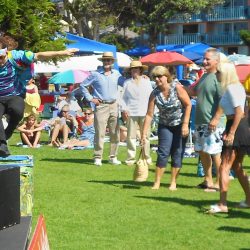 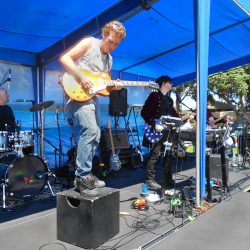 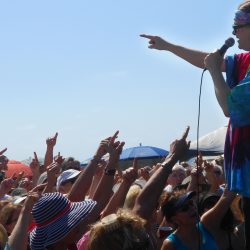 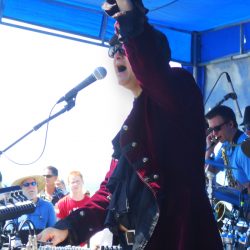 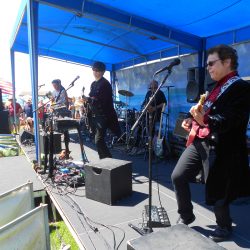 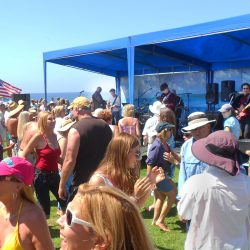 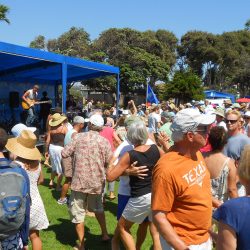