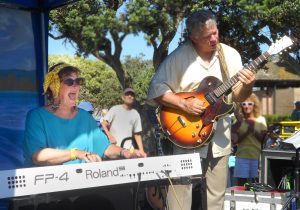 It was great to have Sue Palmer and her orchestra back! The dance floor seldom had a chance to cool as swing and boogie woogie had our audience dancing the afternoon away on an idyllic August day at beautiful La Jolla Cove.

Playing tunes from their latest CD: “Party Favorites,” we were treated to rollicking good fun from Sue and the talented musicians she brought in tow. You could tell THEY were having fun too!

Known widely as “San Diego’s Queen of Boogie Woogie,” you could certainly see why Sue has received numerous San Diego Music Awards for albums and bands including a Best Blues Album 2010. 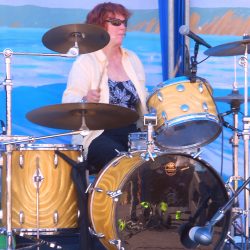 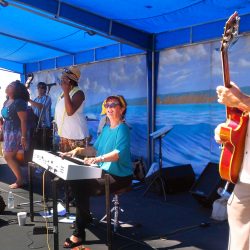 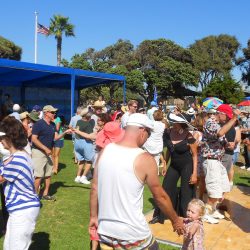 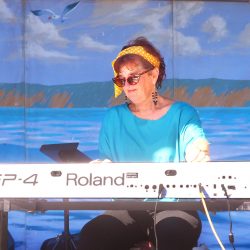 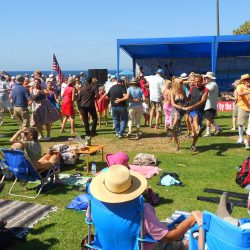 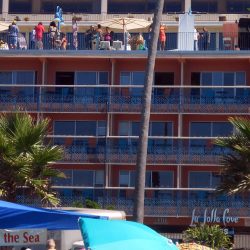 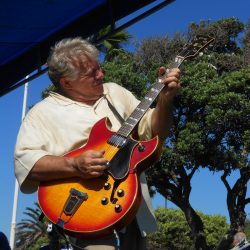 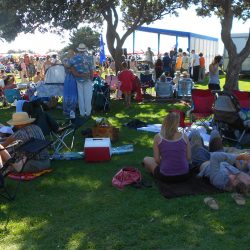 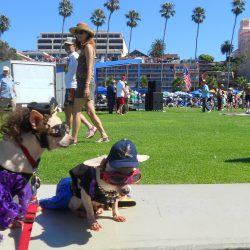 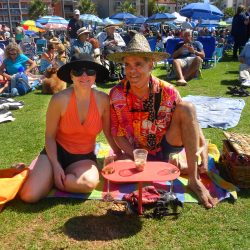 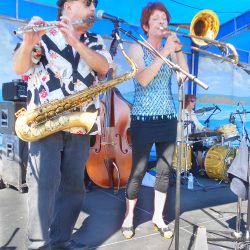 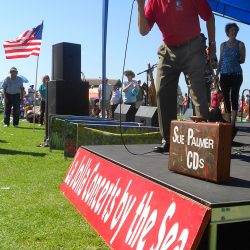 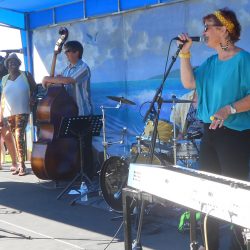 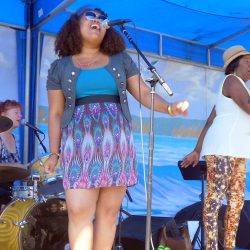 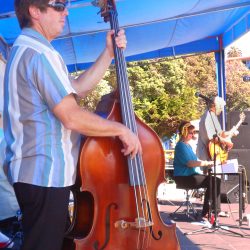 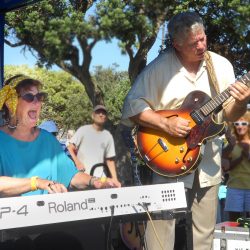 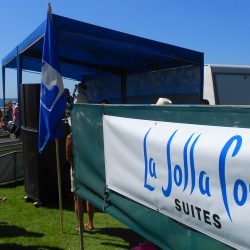