This year, Benny Hollman’s Big Band will be playing songs that will pay homage to the Big Band Era. Tunes made famous by Count Basie, Harry James, Duke Ellington, Woody Herman, Lionel Hampton and
others. Also this year we will be featuring songs that were performed by Paula Kelly and the Modernairs, The Four Freshmen and other vocal groups that use to sing with the likes of the Tex Beneke Orchestra, Les Brown the Band of Renown and Stan Kenton. Benny and the boys will handle the big band instrumentals while the fantastic vocal group “Sounds Divine” will be featured along with the band during the second set as in the Glen Miller days. 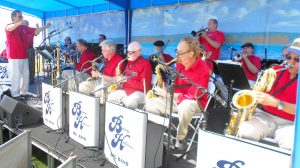 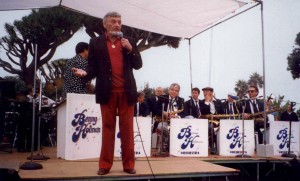 Benny attributes the success of his band to the outstanding talents of the professional musicians he has been so lucky to have been associated with. They also recorded a CD with the legendary Frankie Laine, for whom Benny was musical director, arranger and personal manager for 14 years.