Award Winning premier Dance Party band that specializes in Top-40 Motown R&B, Soul, Funk, Pop, Jazz, Blues & Latin. Our music is lively and energetic and will have you on your dancing feet all night long. Our vocals and musicianship are first-class and full of passion! 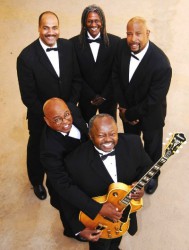 Thus far, Blue Breeze has acquired an impressive repertoire of performances for audiences from different walks of life from all over the world. To name a few, they have performed for former President Bill Clinton, the United States Armed Services in Okinawa, Japan, and the Toyota Grand Prix of Long Beach. In addition, they have appeared as musicians in the Warner Brothers’ feature film Why Do Fools Fall in Love-(the Frankie Lymon story).