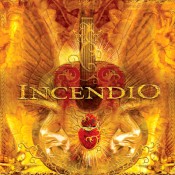 Incendio, simply put, is instrumental world music. The primary “voice” of the band is the guitar, but to say the music of Incendio is solely guitar music would be an oversimplification. The guitar is certainly present, but other instruments such as the mandolin, bouzouki, violin, Celtic harp, piano, bass, synthesizer and various ethnic percussion instruments play a huge role in the ensemble’s sound.